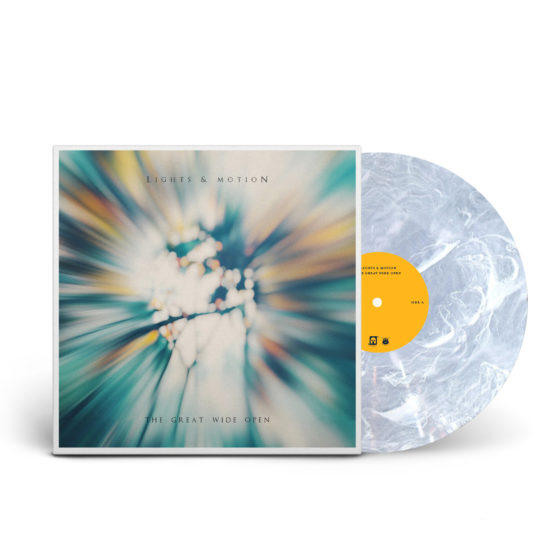 We are so excited to announce that the latest Lights & Motion album, The Great Wide Open, is getting a beautiful limited edition vinyl release.

There will be two different variants available, “Snow Storm” and “Light Show”, with 250 pressed of each one. The vinyl will also include a new bonus track called “Eyes Looking Up”. Its being released alongside Seattle based Spartan Records, who also pressed the bands previous full-length album Dear Avalanche on vinyl.

You can pre-order either via the US or the EU/UK store, depending on where you are in the world: 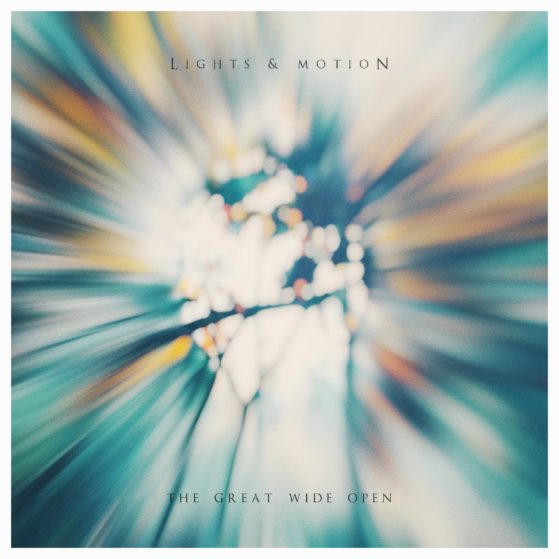 The Great Wide Open – Out Now!

“It’s been more then three years since Lights & Motion last released a full-length album. And that’s been on purpose because I felt like I didn’t want to rush this writing process. I wanted to spread it out over a long period of time and really let it bloom organically, allowing myself to see where these songs would take me without putting a deadline on it. I found myself daydreaming about being away at different places, seeing new parts of the world and making up stories in my head…and trying my best to achieve that through music. Good music has always had the ability to transport me to other places, and that is how I have lived much of my inner life. I wanted to build a rich world of sounds, lights and colors that maybe could have that same effect on other people too, as an escape from their everyday life. Very early on in the process I decided that this album would be called ‘The Great Wide Open’ and I tailored my creative process to sit on top of those four words, which for me, have such an imaginative power not only physically, but spiritually too. I was looking for an escape too, and I found refuge in creating these songs that act as snapshots of time and place. As we’ve just left a decade behind us, I look back on it and it’s been such a blur of amazing experiences and creativity. It was the decade where I finally found the courage to write and release the kind of music that I always wanted to create. As well, it’s had its personal highs and lows. It’s therefore fitting that I begin this new decade by releasing an album filled with songs that have becoming very near and dear to me, and that I hope will take on a life of their own now that they’re getting ready to leave the solitude of my studio.”

“At the end of the day we are all just trying to connect, and that’s really what this record is all about for me. My biggest hope and ambition is that you will listen to this and find yourself discovering new places, even if you’re still lying at home in your bed or taking a walk around your neighborhood. There is a quote from Peter Pan that I keep returning to in periods of self-doubt and that really resonates with me, which goes, ‘The moment you doubt whether you can fly, you cease for ever to be able to do it.’ So take flight, whatever that means to you. The images you receive from music will definitely be different from the ones I receive, and that is a wonderful thing because our experiences are our own. I feel really grateful to have had the chance to write another long-form collection of songs, and now we arrive at the part which I enjoy the most; sharing them with the world.”

The album was produced and mixed by Christoffer Franzén. Mastered by Dave Cooley at Elysian Masters in Los Angeles. Released on Deep Elm Records.

Also available on limited edition vinyl, both in our US / EU store: 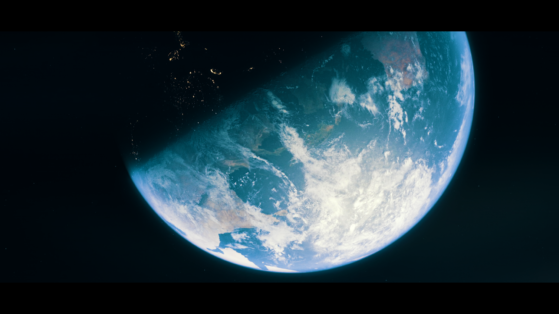 Introducing `The Great Wide Open´, the new full-length album from Lights & Motion. The album will be released on May 15th, 2020, on Deep Elm Records. Pre-Order Album: https://orcd.co/lights-wideopen

Watch the official album trailer below;