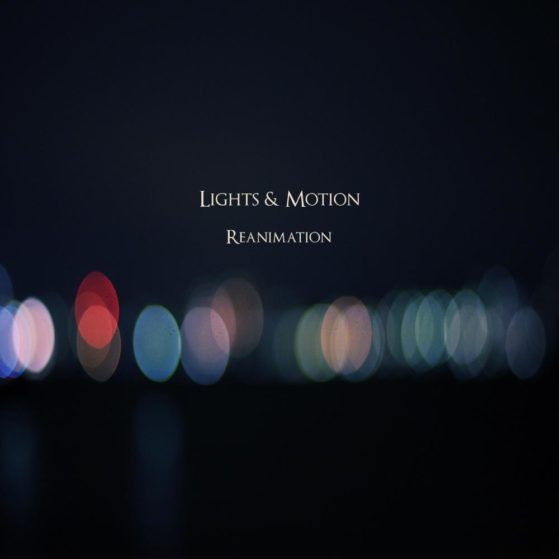 The debut full-length album from Lights & Motion is called Reanimation, and was released on January 16th, 2013, through Deep Elm Records. It was written and recorded during a two year period prior to its release, when Christoffer battled insomnia, and as a direct result of that spent his nights creating music by himself instead of sleeping.

The artwork for Reanimation was shot and edited by Christoffer Franzén himself, and features blurry lights of different colours spread across a dark blue background.

Since its release, songs from Lights & Motion´s debutalbum have been used in a variety of high-profile contexts; Google featured the song “The March” in their “Film In Review” commercial at the 2013 Academy Awards, seen by several hundred millions worldwide. During the 2015 Super Bowl you could hear “Faded Fluorescence” in the opening of The Fast And The Furious 7  trailer. Additional trailer placements featuring songs from Reanimation consists of Lone Survivor, Collateral Beauty, No Escape and Homefront. The TV-Show Containment used the Lights & Motion song “Home” during its final scene of the series. A more complete list of TV and Film features can be viewed here